Item has been added to your cart!
View Cart 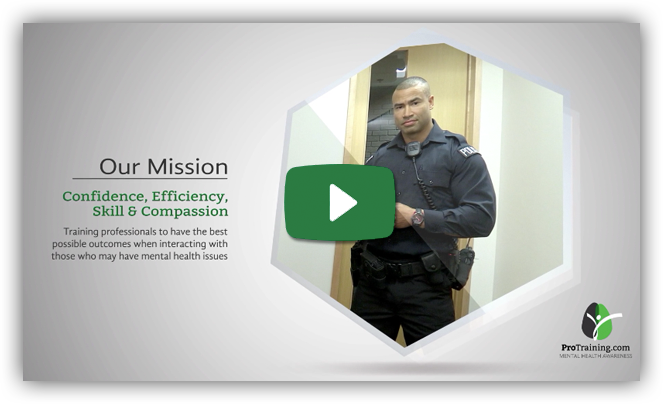 In an effort to continually improve, we want to invite you to participate in our feedback survey.
Provide Feedback

Please update your browser's security settings.
To maintain the highest security standards, we will be disabling support for browsers using TLS 1.0. Learn more and upgrade your browser here.

Police and protective service officers often find themselves in situations where they are responding to an individual who is, or appears to be, mentally ill.

These interactions often lack understanding between both parties and require training to enhance positive outcomes.

As such, this eLearning course has been designed to provide an introduction or refresher program to actively educate officers on key skills needed when interacting with individuals. 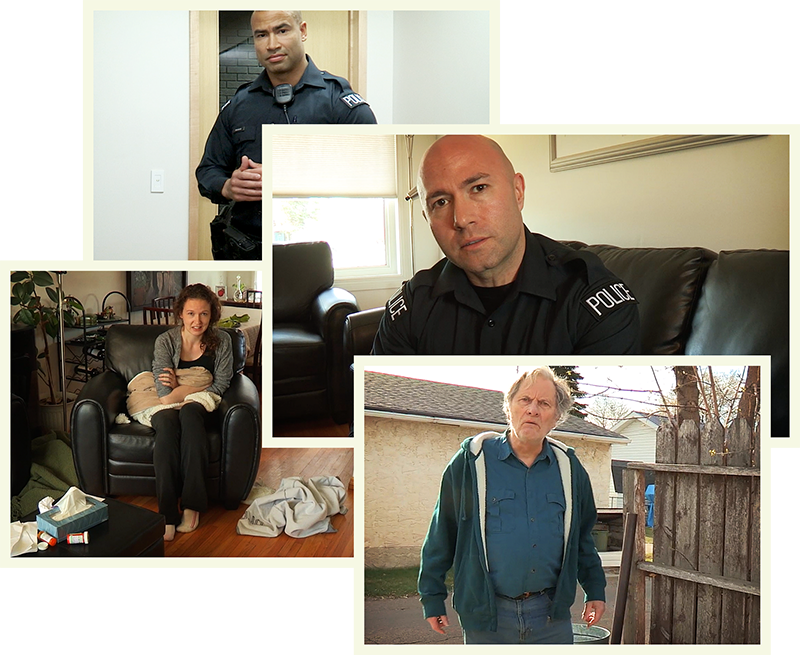 Learn how to interact with those suffering from mental illness? Start Today

This training program stems from a program that was originally developed at the University of Alberta, Department of Psychiatry, to advance the mental health training of police officers.

This program proved overwhelmingly successful, showing increases in police mental health awareness, communication, de-escalation and empathy skills as well as an increase in police efficiency and a decrease in number of use-of-force occurrences.

While another study finds persons with mental illness to be much more likely to be victims of police shootings (Smetanin, Stiff et al. 2011). Canada and the United Kingdom have found that 37–48% of individuals fatally shot by police were classified as having a mental health problem at the time of the shooting (Parent 1996, Kennedy 1998, PCA 2003, Best, Havis et al. 2004).

Mental health training is considered an essential component to reduce the number of undesirable outcomes between law-enforcement officers and persons with mental illness. Research finds that a lack of training can lead to an escalation in violence (Prenzler, Porter et al. 2013) as well as increased rates of injury and death (Patch and Arrigo 1999, Teplin 2000, Ruiz and Miller 2004, Munetz, Fitzgerald et al. 2006, Brink, Livingston et al. 2011).

CIT and other mental health training programs aim to improve the interaction and safety between police officers and those suffering from a mental health crisis (Compton, Bahora et al. 2008) and training on verbal communication, de-escalation skills and the improvement in partnerships between community providers (Watson, Morabito et al. 2008).

Without training, officers feel that they lack adequate training needed to interact with persons with mental illness and are frustrated by the time consuming nature of mental health calls, therefore resulting in more frequent arrests (Hails and Borum 2003). Training provides alternate solutions to this obstacle (Loch 2008).